Amid a simmering political deadlock, governor JP Rajkhowa is likely to decide on the fate of four cabinet ministers on Wednesday whom Chief Minister Nabam Tuki wants to be dropped. 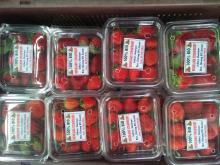 4 Apr 2020 - 5:07pm | AT Kokrajhar Bureau
Kokrajhar: Amarsingh Basumatary is utterly disappointed. The hopes of the strawberry cultivator in Chirang is now blighted with frustration. But why? The 21 days nationwide lockdown has changed the...

5 Mar 2019 - 12:15pm | Rajiv Roy
An employment advertisement that caused more inconvenience to applicants than providing them with jobs has resulted in the advertiser to issue a statement regretting the inconvenience and correct the...