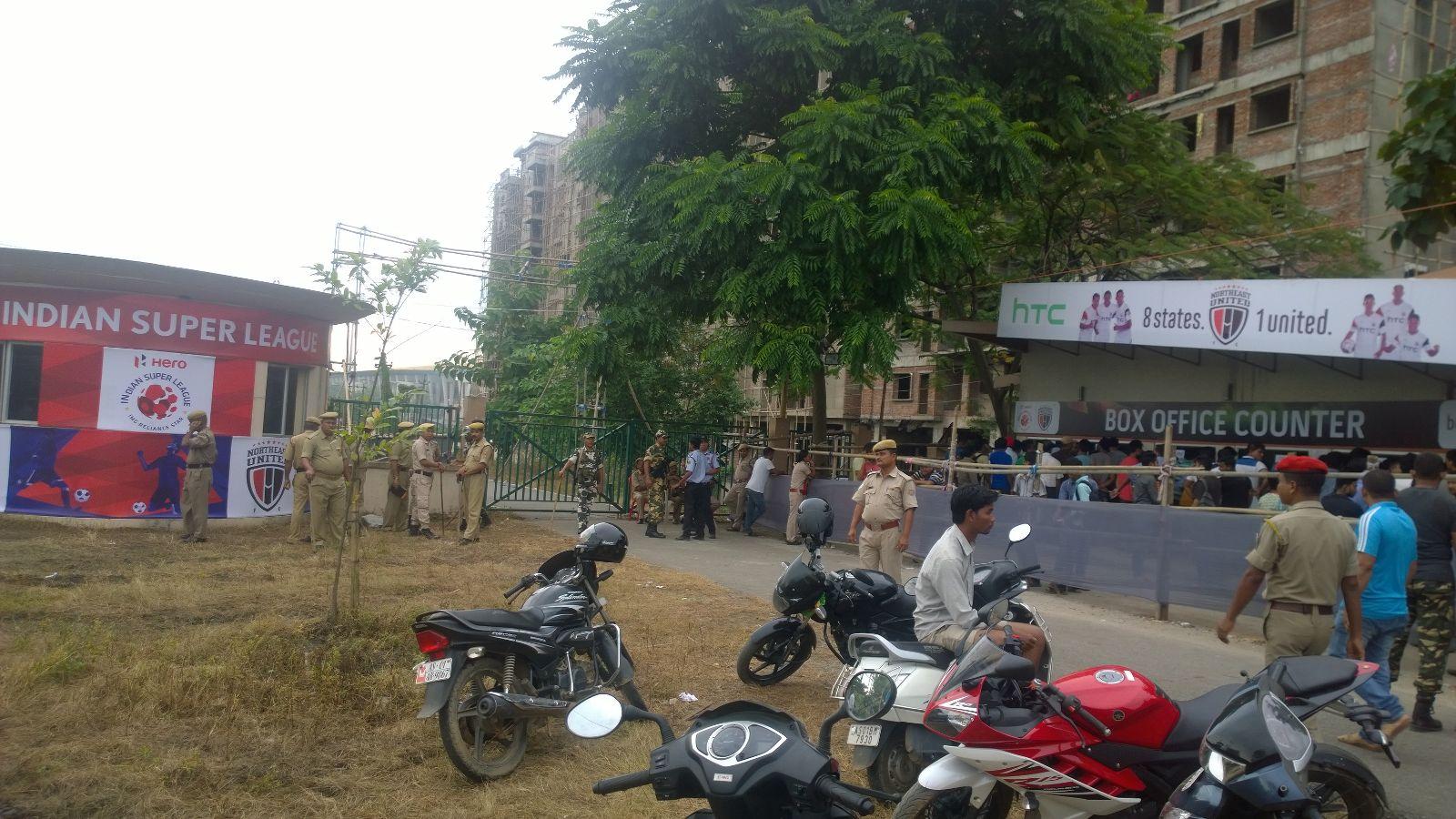 Guwahati is gearing up to host the 12th ISL match on Thursday where Northeast United FC are taking on FC Goa. But exorbitant ticket price and two time defeat of the home team seem to have left the soccer fans high and dry.

The match is scheduled to take place at the Indira Gandhi Athletic Stadium in Sarusajai at 7 in the evening. Amid tight security ring, the players have been lodging at the Radisson Blue Hotel where their fans are thronging to get a glimpse of their favourite footballers.

Many football fans are quite disappointed with the exorbitant ticket prices which is far beyond the reach of the common people.

“The price this time is double of what it stood in the last year. All football fans can’t afford to enjoy it,” said Jadumoni Saikia, a journalist who works with a vernacular daily in Guwahati.

Moeover, a section of the Northeast United FC fans are quite disappointed with the two defeats of their favourite players in Pune and Kochi.

26 Apr 2017 - 12:17pm | AT News
The Centre is holding a tripartite meeting with Assam Government and All Assam Students Union to discuss the Assam Accord implementation amid the move to amend the Indian Citizenship Act, 1955 that...