2 Dec 2014 - 9:41pm | SK Hasan
Along with other parts of the state, AASU activists in Nazira staged demonstration on Tuesday in the town in protest against Centre’s support to the Indo-Bangla land deal.AASU activists thronged the... 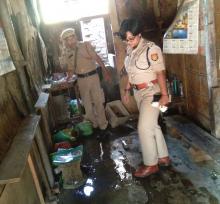