Six school children sustained injury when a car rammed into the van carrying them in Golaghat on Thursday. The accident took place in the morning at Arengapara. The school van bearing No AS-25/B-1449 was hit by an Indica car bearing no. AS-03/H- 2843 from the back side leaving the school children injured. The driver of the Indica car fled from the spot. The injured students were later released after preliminary treatment. 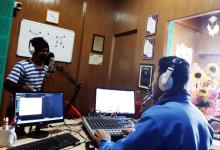 30 Mar 2014 - 10:05am | AT News
In major boost for poll bond Ranee Narah, Congress president Sonia Gandhi is scheduled to hold a huge rally in Lakhimpur on Sunday.The ruling party has ferried around 20,000 people to the rally...