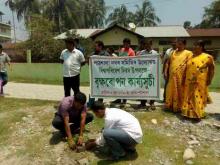 11 Jun 2016 - 1:10pm | Monjib Mochahari
Situation in Udalguri district, Assam is taking a different turn following arrest of an alleged child lifter (Hopadhara) in Udalguri on Friday. According to an inconclusive ground report, three of...