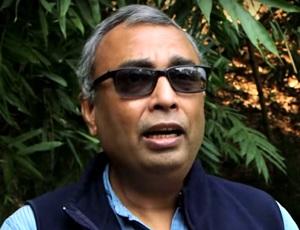 In a major boost wildlife conservation efforts, Goutam Narayan is the first Indian to have received the Harry Messel Award for his role to preserve the north eastern pygmy hog.
His name figured in the recent IUCN Species Survival Commission Leaders' summit in Abu Dhabi. According to the citation, Narayan has been awarded in recognition of his pivotal role in the Pygmy Hog Conservation Programme in the region since 1995 which would help the country save a whole genus from extinction.

18 Apr 2011 - 8:35pm | Ritupallab Saikia
Golaghat is drenched in the Bihu festivity and the the Brihattar Golaghat Nagar Rongali Bihu Sanmilan has added to the festive spirit of the people. This Bihu Sanmilan is unique in the sense that all...

22 Sep 2015 - 11:50am | AT News
After a brief gap, yet another witch killing incident sends shock and anger across Assam on Tuesday. The incident took place on Monday at Borghuli area in Sonitpur district.Local residents told Assam...