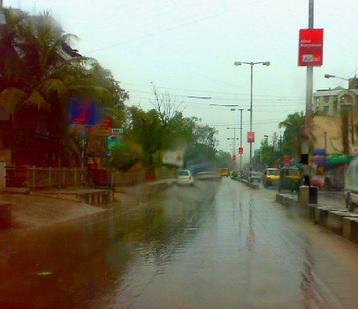 Rainwaters are back in Guwahati to wreak havoc in the leading north eastern city. Many parts of the city are coming under the rainwaters after heavy down pour lashed the city on Sunday morning.

Heavy traffic snarl for water logging disrupted normal life on the RG Baruah Road making it difficult for the pedestrians for several hours. The worst areas include Nabin Nagar, Anil Nagar and the water logging threaten to disrupt the normal life in the adjacent areas.

No MLA will join BJP: CM

19 Nov 2014 - 12:04pm | AT News
Chief minister Tarun Gogoi said that he was not aware of any move of Congress legislator to join BJP. Talking to reporters on the sidelines of a function in Guwahati on Wednesday, “Its I think not...

29 Aug 2017 - 10:38am | AT News
A huge anomaly of Rs 248 crore is likely to derail the ongoing process to update the National Registrar of Citizenship. According ti Assam Public Work, the man behind the entire anomaly is the...

Violence erupts in BTAD during bandh