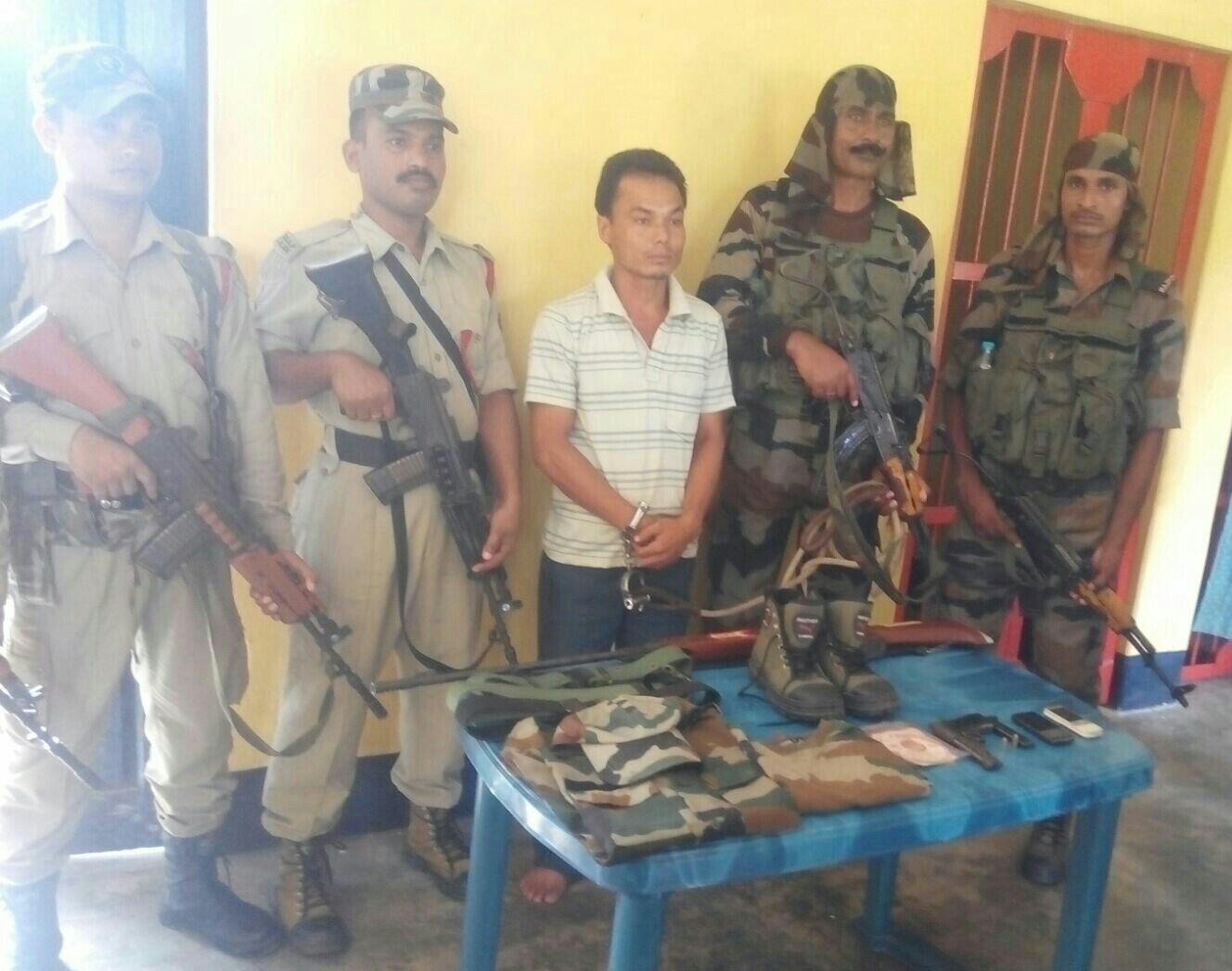 A cadre of the NDFB-S was apprehanded by security forces at an operation raided from Selekhaguri area under Serfanguri PS of Kokrajhar district this morning.

A joint team of security forces belonging to Police, Army and CRPF Cobra battalion manage to arrest a cadre of the militant outfit organization this morning around 5.30 am from Selekhaguri in Kokrajhar district.

The arrested cadre was identified as Debo Boro, 36; of Selekhaguri m who has been involved with outfit organisation since many years.

A 7.65 pistol (factory made), an Air Gun, two live bullets, two combat dress, two mobile handset and three CDs were recovered from him.

12 Feb 2016 - 11:37pm | AT News
LDP Condemns BJP President  Amit’s Shah Statement where he had said BJP will stop infiltration from Bangladesh to Assam, If BJP will come to power in Assam. LDP reminds the people of Assam that...