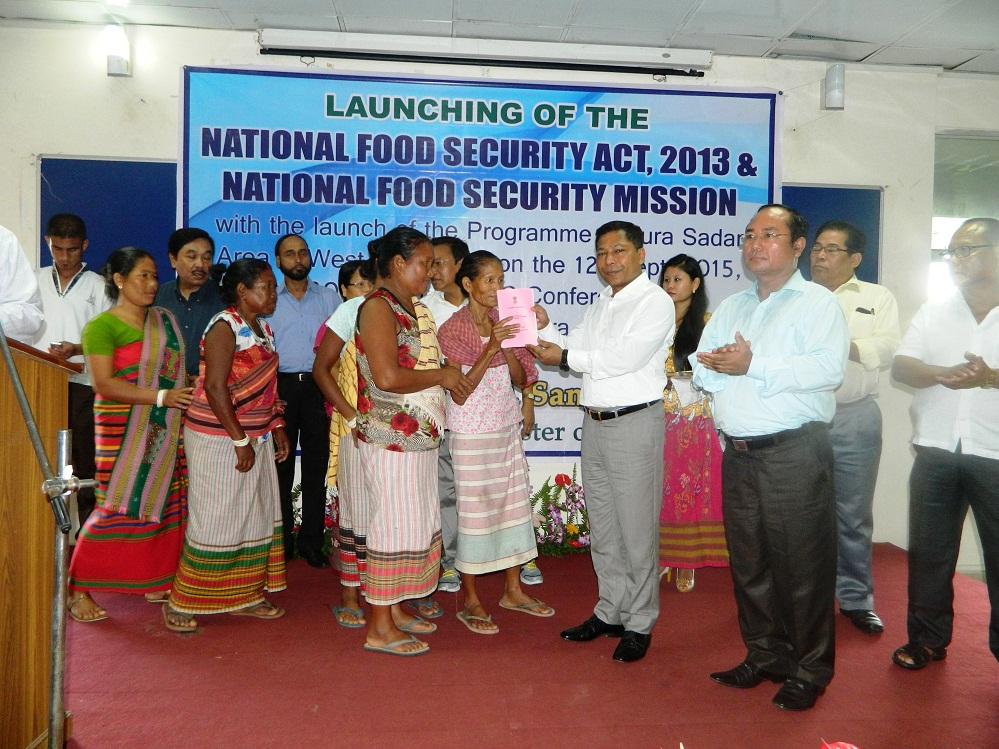 The Chief Minister also distributed NFSA entitlement cards to the first few beneficiaries of the biggest food security programme in the world comes into effect from October, next. A large number of people including local leaders, senior citizens, NGO members, fair-price shop dealers and beneficiaries were present during the launch.

In his address the Chief Minister said that the programme is a promise made and fulfilled by the leadership of this nation which has been long-pending. Under the programme, 77.79 per cent rural population and 50.87 per cent urban population will be covered based on the 2011 socio-economic census, he added.

He said that the launch of this programme was delayed because “we wanted to ensure that the most deserving population are not left out of this programme which is designed for the most needy. We have incorporated every section of the society and the people as per the mandate of the programme”.

It is a programme that is inclusive and will address issues of hunger and poverty of the people”, he added and informed that under the programme, focus will be given to pregnant mothers and infants from 0-6 years for supplementing their nutritional requirement as per the mandate of the Act.

The Chief Minister was apprehensive of the challenges that could derail such a big programme, but said that NFSA itself would regulate the manner in which we implement the programme. He called upon all the implementing agencies to ensure that ensure that the programme is implemented in sync with the mandate of this Act.

Calling for training of employees to increase their efficiency, the Chief Minister also urged upon the beneficiaries to use the Grievances Redressal Forum “if any irregularities and inefficiencies deprive the needy of their entitlements”.

Earlier, the West Garo Hills Deputy Commissioner, Pravin Bakshi, who chaired the programme briefly highlighted on the provisions of the Act.

It may be mentioned that National Food Security Act (NFSA) is an Act to provide food and nutritional security in human life cycle approach by ensuring access to adequate quantity of quality food at affordable prices for people to live with dignity. Under NFSA, 2013, a total of 4.22 lakh has been identified as priority households in the State of Meghalaya and 72, 460 household in West Garo Hills district out of which 29,476 is in Tura Sardar Division and 41,984 in Dadenggre Civil Sub-Division.

According to the Act, every person belonging to priority households is entitled to receive 5 kg of food grains per person per month at subsidized prices not exceeding Rs. 3.00 per kg for rice and Rs. 2.00 per kg for wheat.

20 Nov 2007 - 9:26am | pbaruah
The Tiwa students bodies have withdrawn the 48 hour bandh call from Monday morning.Speaking to Assam Times over telephone, the leaders with the organisation say the decision was taken in view of the... 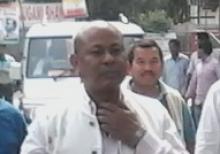