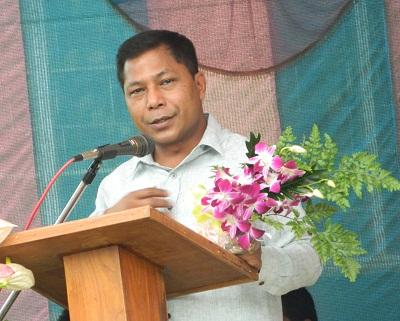 He said that residential schools were essential to enable the children in backward areas to catch up with the rest of the world. He laid stress on the role and responsibilities of the teachers and school managing committees in the improvement of education and made an exhortation to revive the spirit of sacrifice and social service that had been the quality of teachers in yesteryears.

Sangma said two MFCs have been sanctioned for Gasuapara block and said that these assets should be put to multiple uses including social occasions and community training programmes. The MFCs can also be used as coaching centres for students appearing board and various competitive exams under Chief Minister’s Career Guidance & Counselling Programme.

3 Dec 2014 - 10:18pm | AT News
The Centre on Wednesday drew no less flak from the Supreme Court over the Assam-Nagaland border dispute that hurts both the states at regular intervals. It further asked the Centre to respond within...

27 Sep 2007 - 5:00am | karunabrahma
The National Family Benefit Scheme (NFBS), a part of the National Social Assistance programme, is aimed at providing cash assistance of Rs 10,000 to BPL families after the death of primary...