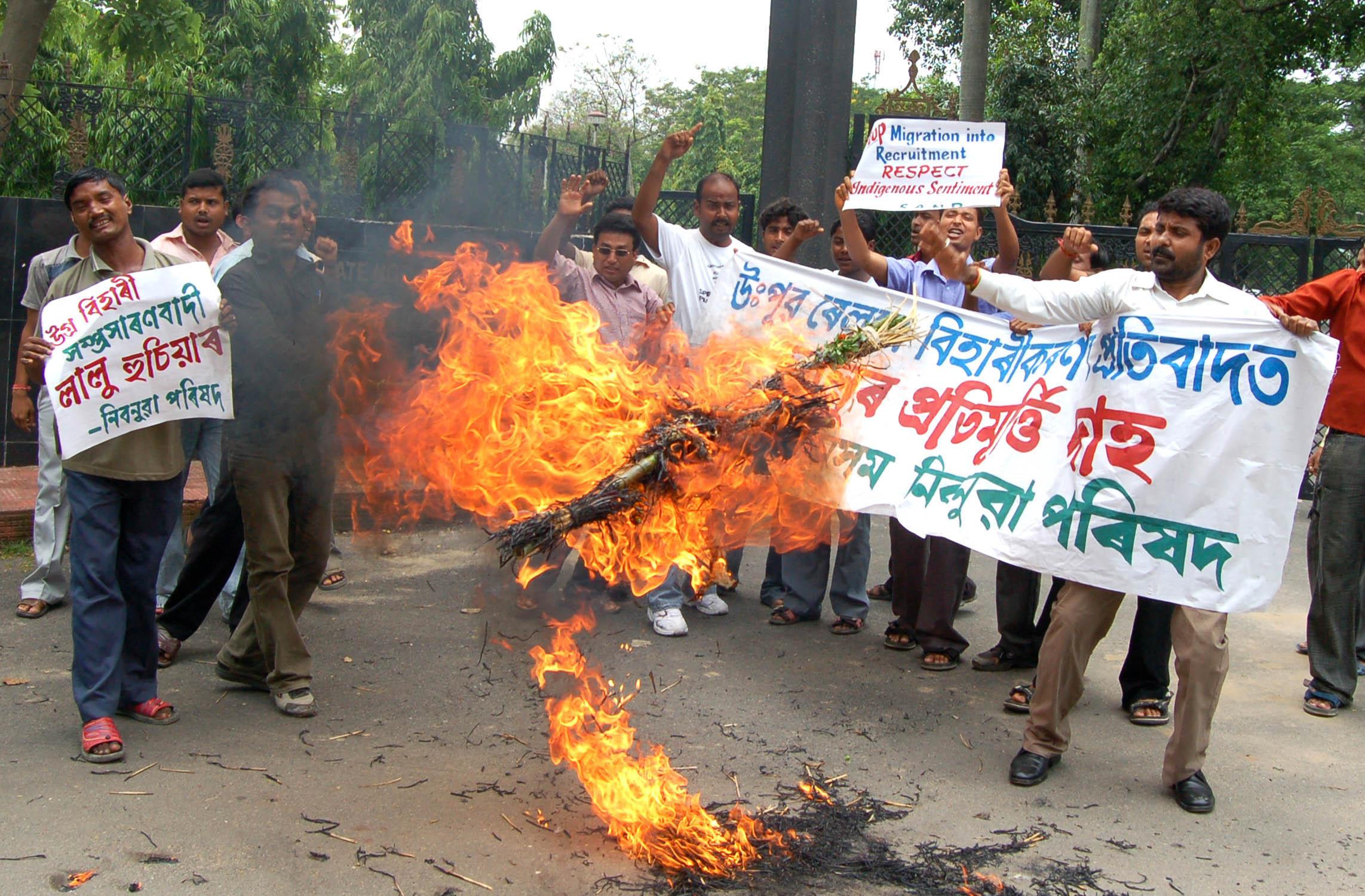 The Northeast Frontier Railway is bracing up for yet another showdown in the time of recruitment. Thousands of unemployed youths on Monday staged a statewide protest alleging recruitment of candidates from outside Assam against some posts lying vacant.. Miffed at this repeated practice of depriving local candidates in the the northeast frontier railway, the unemployed youths activists burnt the effigy of railway minister Lalu Prasad Yadav in front of the NF Railway headquarters, in front of the Guwahati Press Club and also in front of the Dibrugarh Railway station on Monday. According to information, most of the 220 candidates recruited as gangmen in the various district hail from outside.

Some others came down heavily on the Assam government for remaining a mute.

In Dibrugarh district, with banners and festoons in the hands, hundreds of unemployed youths staged protest in front of the Dibrugarh Railway Station against the recruitment of people from outside and burnt the effigy of union minister Lalu Prasad Yadav. They further did not allow some candidates who came to join the service.

27 Mar 2016 - 6:12pm | AT Kokrajhar Bureau
The different parties and organisations have been become busy in campaigning in support of their candidates in the various districts of the BTAD region including Kokrajhar. BTC executive member...

9 Mar 2014 - 9:29pm | AT News
KMSS workers from the far flung areas have thronged Guwahati on Sunday to hold a huge gathering on Monday to demand release Akhil Gogoi.Thousands of people have already arrived in the city on Sunday...

24 Aug 2008 - 6:39pm | Ranjan K Baruah
Peoples Rights Forum (PRF) Assam a forum of NGOs, individuals and peoples organisation had decided to work for the food security in the state of Assam. The first executive meeting of the forum was...