Guwahati police have yet to trace out Gopinath Das in connection with a rape case pending against the AUDF MLA in Boko.

The city police team probing the sensational case have been looking for the MLA for the last three days who has been on the run.

Sources told Assam Times that a police team looked raided the house of a college teacher on Thursday in search of the absconding MLA. But he was not present there.

Police registered the case against the AIUDF MLA on the basis of the allegation of his minor domestic help whom he allegedly raped inside his car last week.

Initially, police refused to step in. But bowing down to mounting pressure Boko police registered the case and started looking for the MLA.

1 Dec 2015 - 7:35pm | AT News
NorthEast United FC and FC Pune City are not giving up on their chances of qualifying for the semi-finals of Hero Indian Super League despite being in a discomforting  position. Both NorthEast... 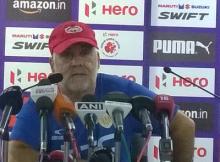 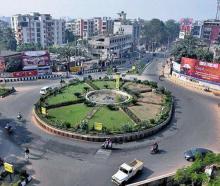 5 Feb 2018 - 5:27pm | AT News
GUWAHATI: Despite the much hyped watertight security, criminals keep unleashing terror among the Guwahati denizens in the form of killing, kidnapping, extortion and what not. Unidentified miscreants...