APCC has suspended four MLAs on Sunday after they attended BJP ceremony where Dr Himanta Biswa Sarma joined the party. The party leadership has confirmed that Piyush Hazarika, Pallab Luchon Das, Jayanta Malla Baruah and Pradan Baruah have been suspended for anti- party activities. They have been also been served showcause notices to clear their position within 15 days. 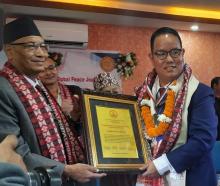 25 Feb 2012 - 3:26am | editor
Two more persons died allegedly because of starvation in a tea garden in Cachar district. The two workers have died at Bhuvan Valley tea garden on February 18 and February 22. This was what the Barak...