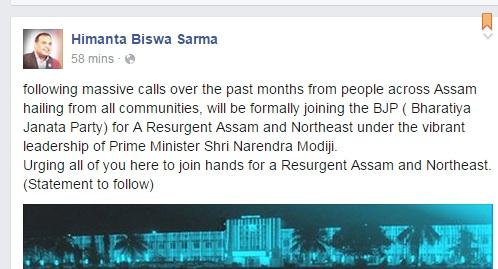 Talking to reporters in New Delhi on Sunday after he met BJP president Amit Shah, Dr Sarma said that BJP will be forming the next government in Dispur.

He said that Congress will be taking the decision on his disqualification and by election.

He said that the party will convene a huge rally in Guwahati where he will be joining along with at least 7 MLAs and supporters.

14 Feb 2014 - 3:46pm | AT News
The Supreme Court has directed the eight north eastern states to formulate common rules to deal with the cases of racial attack outside the region.Hearing a public interest litigation on Friday, a...