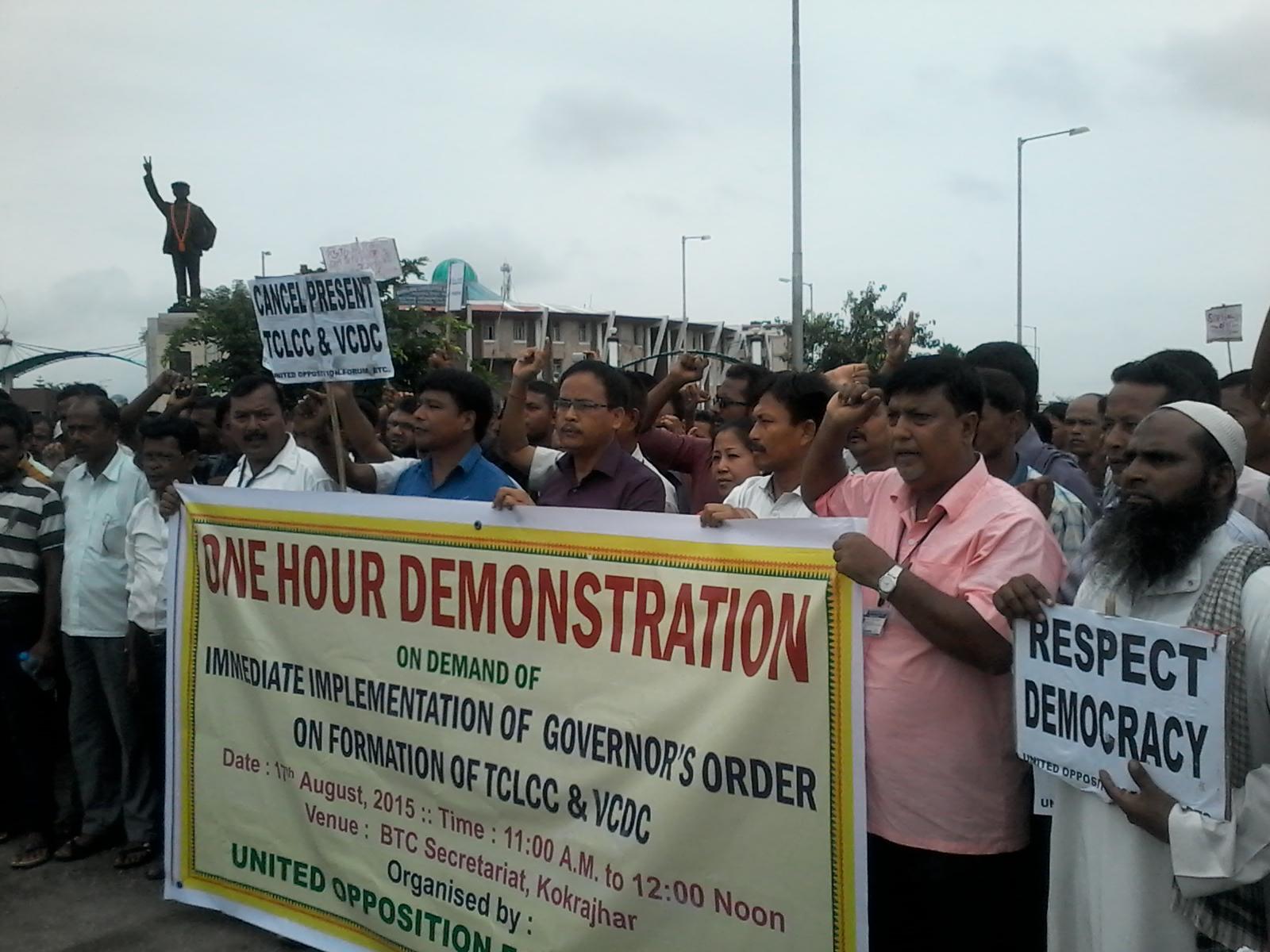 They staged dharna for one hour under the banner of Opposition United Forum asking the governor to step in. The parties include UPP, BJP, Sanmilito Jongostia Aikhya Manch and AIUDF supported by many other parties and organisations demanding early formation TCLCC& VCDC to facilitate peoples welfare in the region.

Talking to Assam Times, United oppositionleader Rwngwra Narzary slammed Hagrama Mohilary for his autocratic style of functioning where the genuine people have been deprived of their rights.

He said that opposition united forum will move to high court seeking early intervention of the election for TCLCC and VCDC in the council so that elected representative can get equal rights and solutions if their demands.

22 Aug 2016 - 8:53pm | AT Kokrajhar Bureau
Police apprehended a suspected over ground worker/sympathizer of NDFB-S identified as Paulina Basumatary 22, wife of a NDFB-S cadre Compounder alias Khaose from No 1 Nandipur village under Kachugaon...

1 Feb 2014 - 9:30am | AT News
Vinod Gohain: North East MPs are scheduled to meet prime minister Dr Manmohan Singh and home minister Sushilkumar Shinde on Saturday demanding punishment of the culprits involved in the attack on...

21 Oct 2014 - 7:22am | AT News
The Asom Gana Parishad has urged prime minister Narendra Modi to accord national drink status for Assam tea. That too a fortnight after Union industry minister Nirmala Sitharaman denied any plan or...