The United Liberation  Front of Asom along with four other north eastern proscribed outfits have given boycott call of the Independence Day.

In a joint statement, the outfits urged the people of the entire region to avoid the red letter day celebrations in protest against colonial suppression. 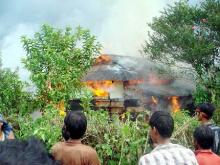 21 Aug 2007 - 1:15pm | swapan
A mob of about 5000 people at Raid Kyrdem village, Meghalaya on Monday afternoon set on fire five houses on suspicious of practicing witched craft at Mawbesien Village in Ri Bhoi District under...

23 Jan 2016 - 11:30am | Shajid Khan
At a time when the election scenario is up and every other political parties are playing blame game. BTC Chief Hagrama Mahilari along with other top BPF leaders attended a mammoth election rally... 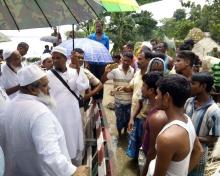 17 Aug 2017 - 9:48am | AT News Guwahati
The rains have relented much to a major respite. But the flood waters have refused to recede putting more and more people in dire trouble. The overflowing waters of the Brahmaputra and its...