14 Jan 2012 - 5:22pm | Anup Arandhara
The devoted cultural activist, freedom fighter, educationist, social worker and artist Makahan Bhuyan of Kalugaon, Shaloguri, Sivasagar bid farewell to the world at an age of 91. After the demise of... 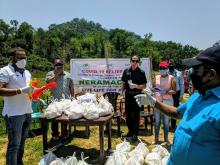