Goa steps up probe into the Louis Berger scam where the foreign company was forced to bribe the officials over a multi crore water supply scheme.
Former chief minister Digambar Kamat is set to appear before the crime branch in Panjim in this connection on Wednesday. They have already questioned the PWD minister Churchill to extract the truth.
But strange are the ways of Dispur. Ten days have passed since Chief minister Tarun Gogoi announced a probe into the multi crore bribery allegations by senior bureaucrat SC Das.
But the things seem to have remained silent. Das is supposed to submit the report at an earlier date. But the same has yet to come up. The decision to recommend CBI probe completely depends on the findings of the SC Das panel.
Notably, former minister Dr Himanta Biswa Sarma took the centrestage of controversy as he was the GMDA minister in 2001 when the multi crore scam took place for the huge water supply project in the city.

26 Feb 2012 - 3:30am | editor
An uneasy situation is prevailing in Byrnihat along Assam-Meghalaya border on Saturday after over 25 houses were burnt down at the height of a group clash in the afternoon. Police and CRPF jawans... 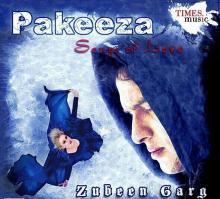