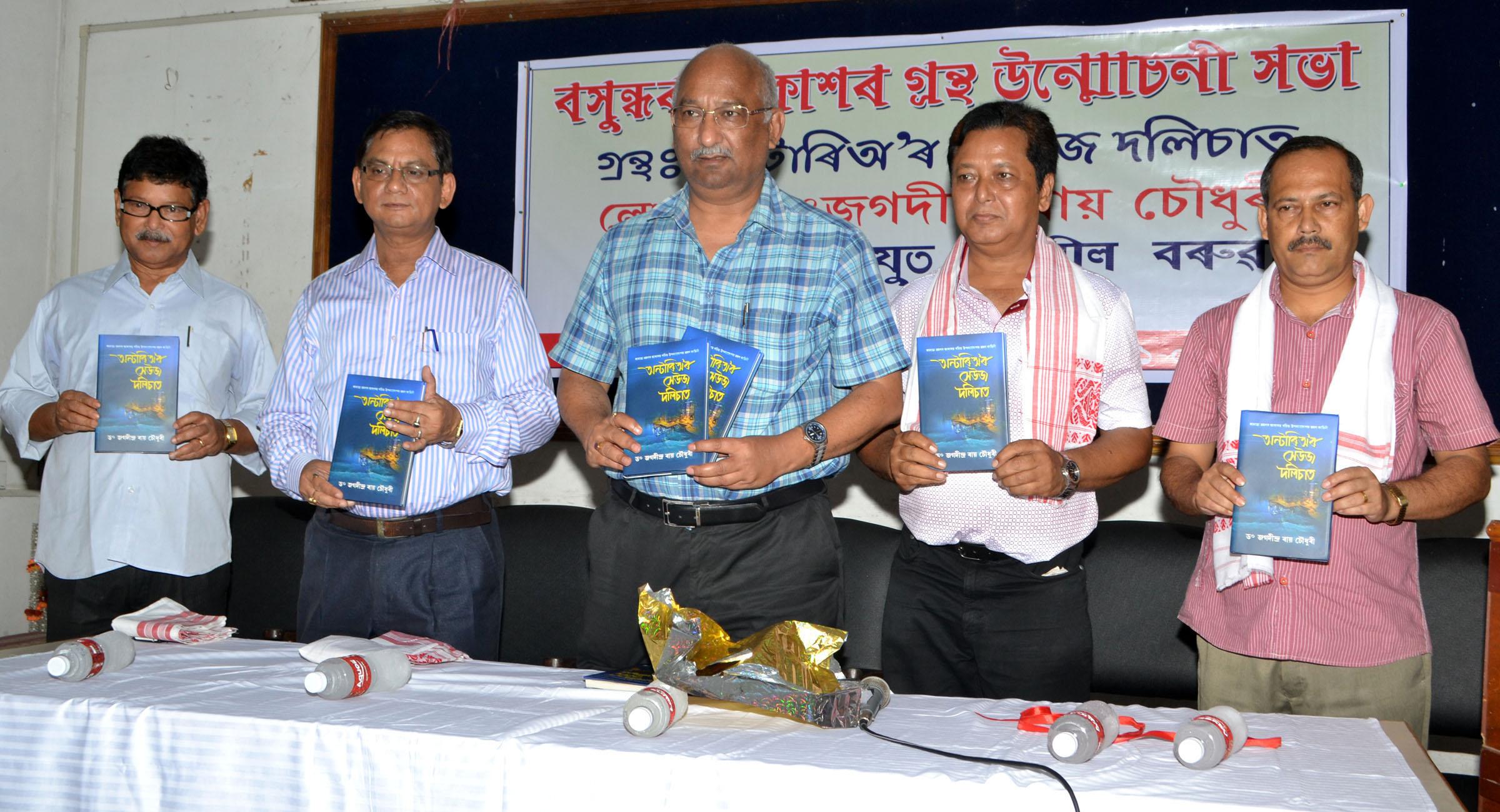 It was a homely meeting organized at Guwahati Press Club that witnessed the release of a travel fiction titled Ontarior Seuj Dalisat (Over Green Carpet of Ontario) and penned by Dr Jagadindra Raychoudhury in presence of several senior journalists. Inaugurating the book, Swapnaneel Barua, a scholar and also a senior bureaucrat of Assam, pointed out that the writer not only documented various events related to his visit to Canada, but also painted a humanist reminiscence with his created characters.

we know or have read many

Permalink Submitted by Bitopan Ray Cho... on Thu, 02/07/2015 - 20:32
we know or have read many travel related books but "Ontario'r heuj dolisat" is not only a travel experience but is a travel fiction..A great experience as you keep on reading this book and gain new knowledge & issues..we expect many new books from him and wish him success..