The flood situation threatens to take further grim turn if the weathermen are to be believed.
Meteorological centre in Guwahati has predicted more rainfall in the state during the next 48 hours.
It would further compound the scene in 10 districts. These flood hit districts have received excess rain during the last ten days. Chirang and Goalpara recorded 312 per cent and 243 per cent excess rain respectively. 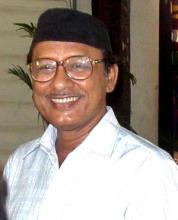 28 Sep 2010 - 2:37pm | Babul Gogoi
Everything seems to be utter confusion. If you call it a mystery, nobody can easily crack it and will not be able to do so. ULFA chairman Arabinda Rajkhowa, Pradip Gogoi, Mithinga Daimary et all are...

9 Jul 2018 - 8:42am | Shajid Khan
TANGLA : In a bid to build a competitive mindset among the students, the All Assam Students’ Union (AASU) Tangla regional unit organized a special felicitation programme for the meritorious HSLC...