Finally the agitating special police officers have started staging dharna in Guwahati along with their family members on Tuesday.

Accompanied by their wives and children the SPOs started dharna at Dighalipukhuri from morning reiterating their demands.

Security forces deployed in the dharna site find it quite difficult to disperse the agitators in presence of their wives and children.

“We will not bow down. We will keep agitating along with the family members. The government may arrest our leaders. But we are there to foil the bid to stop the protest,” said the agitators.

Another agitator said, “We will not halt. But in the same breath we don’t want the government to force us take up further course of action. We hope the good sense will prevail.” 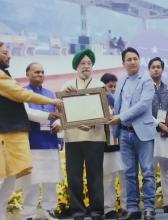 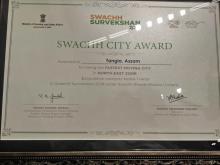 8 Mar 2019 - 8:43am | Shajid Khan
Tangla of Udalguri district Tangla was also adjudged with the the Swachh City Award for being the Fastest moving city in Northeast zone (under population category below 1 lakh)  in Swachh...

4 Dec 2017 - 12:01pm | AT News
GUWAHATI:Yet another Hindu organization leader booked a day after he questioned the rights of the Muslim people to live in Assam. The All Assam Garia Moria Parishad has moved the Hatigaon Police...