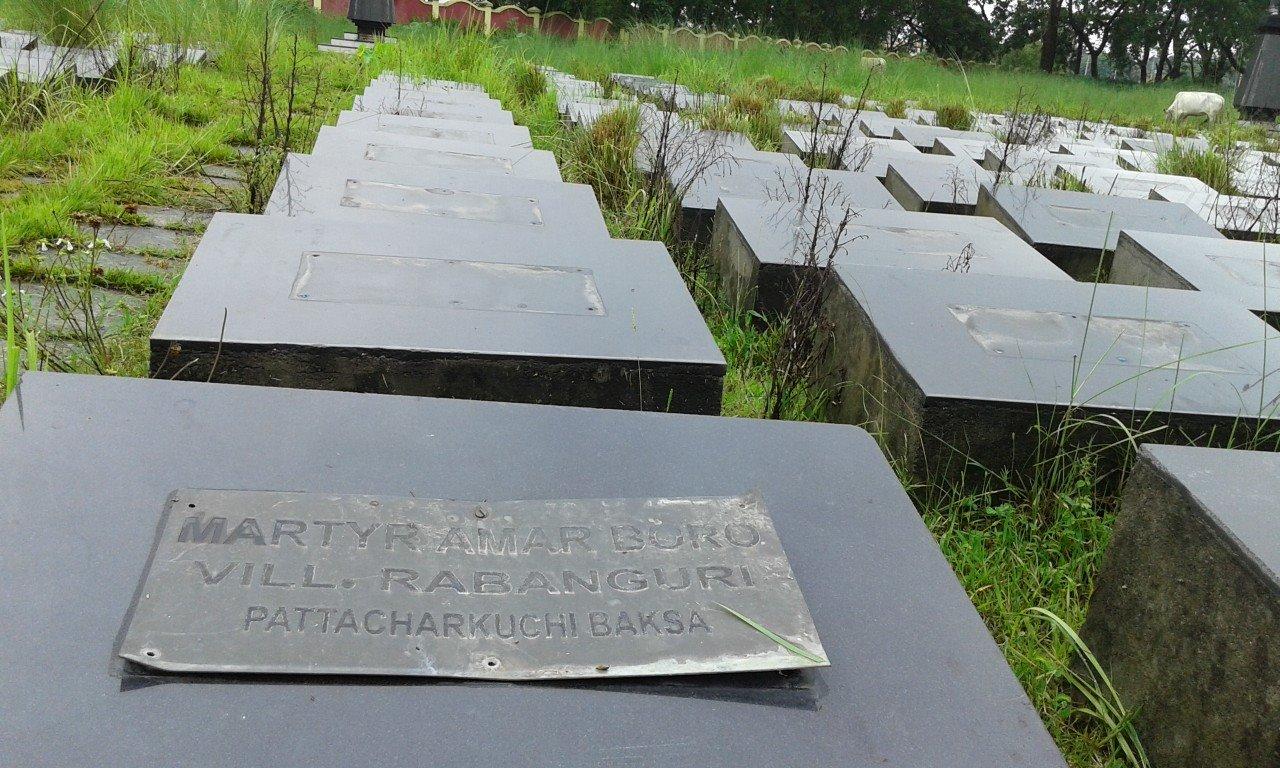 In yet another bizarre incident, thieves struck at the martyrs cemetery of Bodoland at Debargaon in Kokrajhar where the name plates coppers were taken away.

Built on a 45-bigha plot at Debargaon, the Rs 5-crore project was implemented by the tourism and implementation of Bodo accord departments and executed by PWD buildings was inaugurated by BTC chief Hagrama Mohilary in 2013 on the occasion of the 11th Bodoland Day celebration.

The cemetery remained neglected, unattended and uncared all these years with no caretakers to take care of the cemetery. Cattle were seen making way inside the park.

The main entrance was long damaged by miscreants due to lack of security cover and no caretakers.

The local and conscious criticized the BTC administration of neglecting the cemetery, which was built in memory of those who sacrificed their lives for the cause of Bodos. The cemetery houses 1,605 tombs inscribed with names and addresses of those who made the supreme sacrifice between 1987 and 2003.

Santosh narzary, secretary of Debargaon block BPF termed the incident as unfortunate and shameful and urged those who did the crime to return the stolen things. He also urged the concern authority to take earliest steps to recover the materials and inquiry into the incident.

22 Jun 2013 - 8:42pm | AT News
One person is arrested by Nazira police in connection of ATM theft case. According to police Ghanshyam Sharmah (38) stolen the ATM Card of Dilip Das of Nazira and withdrawn Rs.26000/- by using this...

19 Dec 2015 - 4:00pm | AT News
Even after being slammed, Arunachal Pradesh Governor JP Rajkhowa is unprepared to go with the Gauhati High Court judgment. Rajkhowa who is arriving in New Delhi on Saturday, is busy in...