AirAsia flights in the sky

Will you fly from Guwahati to Impal at a maximum charge of Rs 900? Come June 25. Courtesy AirAsia. The budget  carrier is fully prepared to launch its flight services. The promotional fare stands at 900.

All carriers across the country deploy at least 10 per cent of their capacity on remote routes.

The airline will fly daily from Guwahati to Imphal from June 25.

To celebrate the launch of the new route, AirAsia India is offering inaugural fares from as low as Rs 900 from Guwahati to Imphal and vice versa.

The offer provides a four-day window for booking of the tickets. The travel can be under taken from June 25 to May 31 next year. 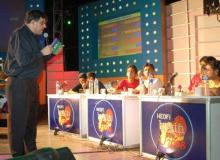