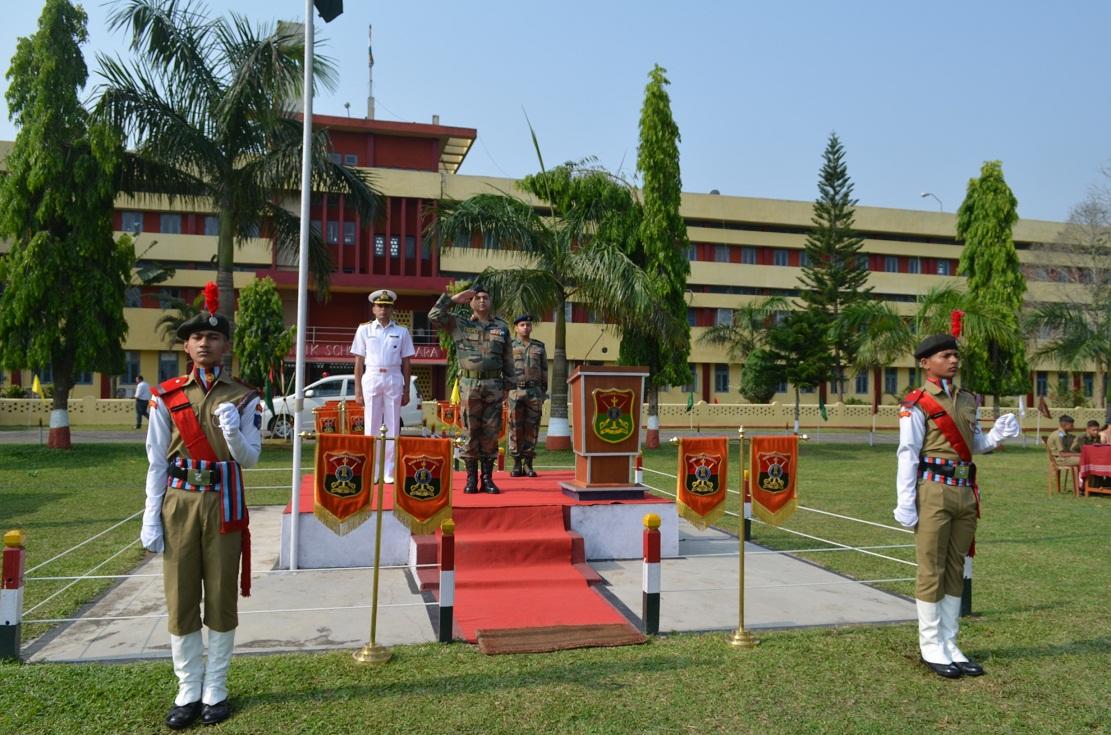 Sainik School Goalpara, one of the pioneering institutes in the North Eastern region of the country, held its Investiture Ceremony for academic session 2015-16 in the school premises on 9 May 2015. The day commenced with an impressive parade which was reviewed by Maj Gen Anil Kumar Jha, GOC, 51 Sub Area who is also the Chairman of Local Board of Administration (LBA) of the school. The GOC and his gracious lady Mrs Abha Jha formally bestowed Appointments upon 29 cadets as School Captain, School Adjutant, Mess Captain, School Vice-Captain, House Captains & House Vice-Captains, Senior Prefects & Juniors Prefects. This was followed by an Oath Taking Ceremony.

Addressing the parade, the GOC expressed satisfaction over the achievements of the school on all fronts. He congratulated the newly inducted appointments and exhorted them to improve the standards of the school. He recalled his days at Sainik School Tilaiya as a cadet. He congratulated them and mentioned that the cadets are privileged to join Sainik School Goalpara which provides them with a perfect platform to learn commitment, hard work and discipline. He added that God has blessed everyone with unique talents and they should believe in themselves and work hard to fulfill their aspirations in life with guidance and assistance of the dedicated staff of the school. The programme was also witnessed by the staff and students of Nirmala Convent and Don Bosco School, Damra.

The Investiture ceremony was followed by the LBA meeting chaired by the GOC and concluded with a Regimental Lunch in the cadets’ mess. Capt (IN) Edwin Jothirajan, the Principal felicitated the Chief Guest. 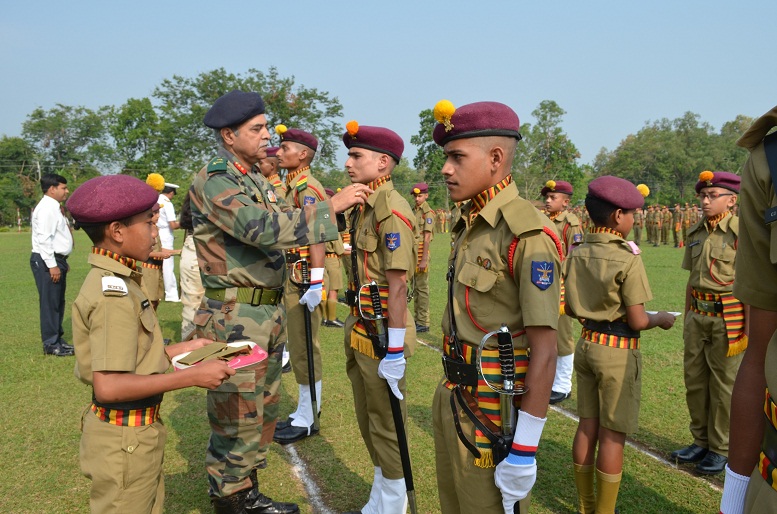 5 Aug 2016 - 6:49pm | Shajid Khan
In an effort to unite the Oriya community and thereby preserve their cultural and traditional identity along with keeping intact their political economic and social rights, the Udalguri district...

3 Feb 2022 - 10:38am | Ranjan K Baruah
Pradeep Multani, President, PHD Chamber of Commerce and Industry has congratulated the finance minister for presenting a pragmatic and promising Budget for Aatmanirbhar Bharat. “It is highly...

18 Aug 2017 - 8:26pm | AT News
Journalists’ Forum Assam (JFA) expresses worries over the serious health conditions of two young scribes undergoing treatments in the city based hospitals and wishes their early recoveries. The forum...