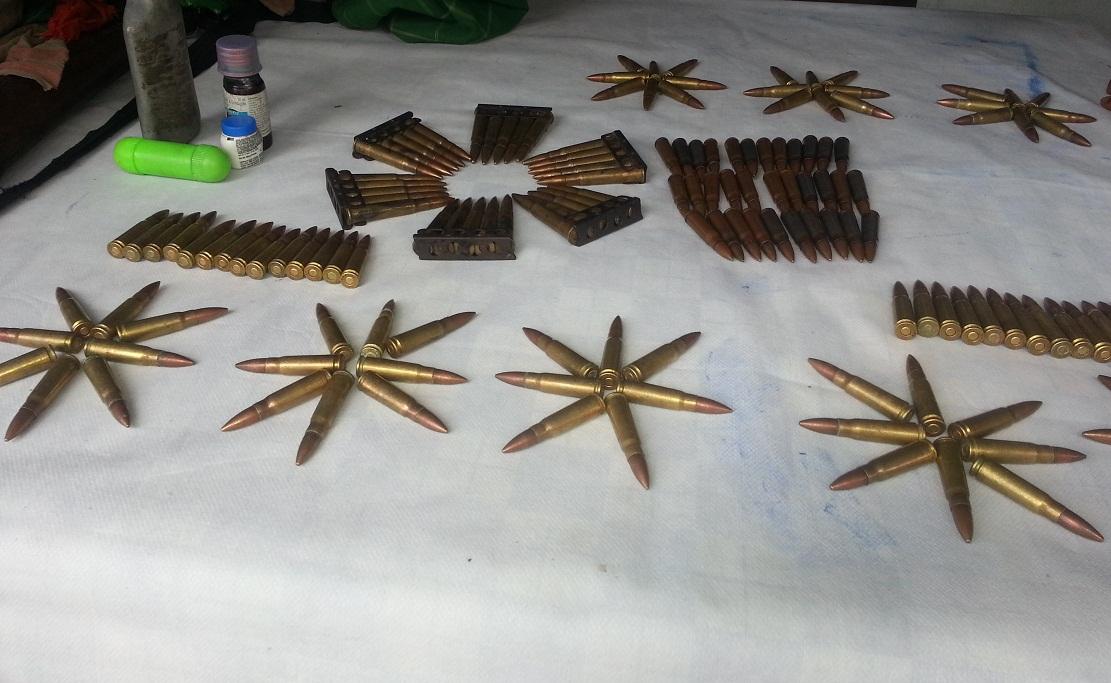 Security forces recovered huge amounts of cache arm and ammunition from Ripu Reserve of Kokrajhar and Manas Reserve forest under Bijni sub-division of Chirang district following major hideout of NDFB(S) were busted inside the dense forest areas on Sunday.

The security belonging to Army and Police getting tip top information base of militant outfits in the areas raided and managed to bust camps of NDFB(S) and recovered huge amounts of cache arm and ammunitions from Ripu Reserve forest in Kokrajhar and Manas Reserve forest area under Panbari police outpost of Chirang district yesterday,but no one was arrested so far, a senior security personnel said in Kokrajhar.

Three country made Riffle, 24 round of country made bullet, 122 round bullets of AK-47 Riffle, 30 round ammunitions of .303 pistol, one Kilogram of Gun powder and a Bajaj bike bearing registration number AS 15-2251 were recovered after busted hideout of ultras camp.

26 Aug 2014 - 11:39am | AT News
Flash flood has claimed two more lives in Dhemaji district. Local residents of Mechaki in Jonai fished out the body of Bishnuram Barman on Monday a day after the country boat ferrying him was...