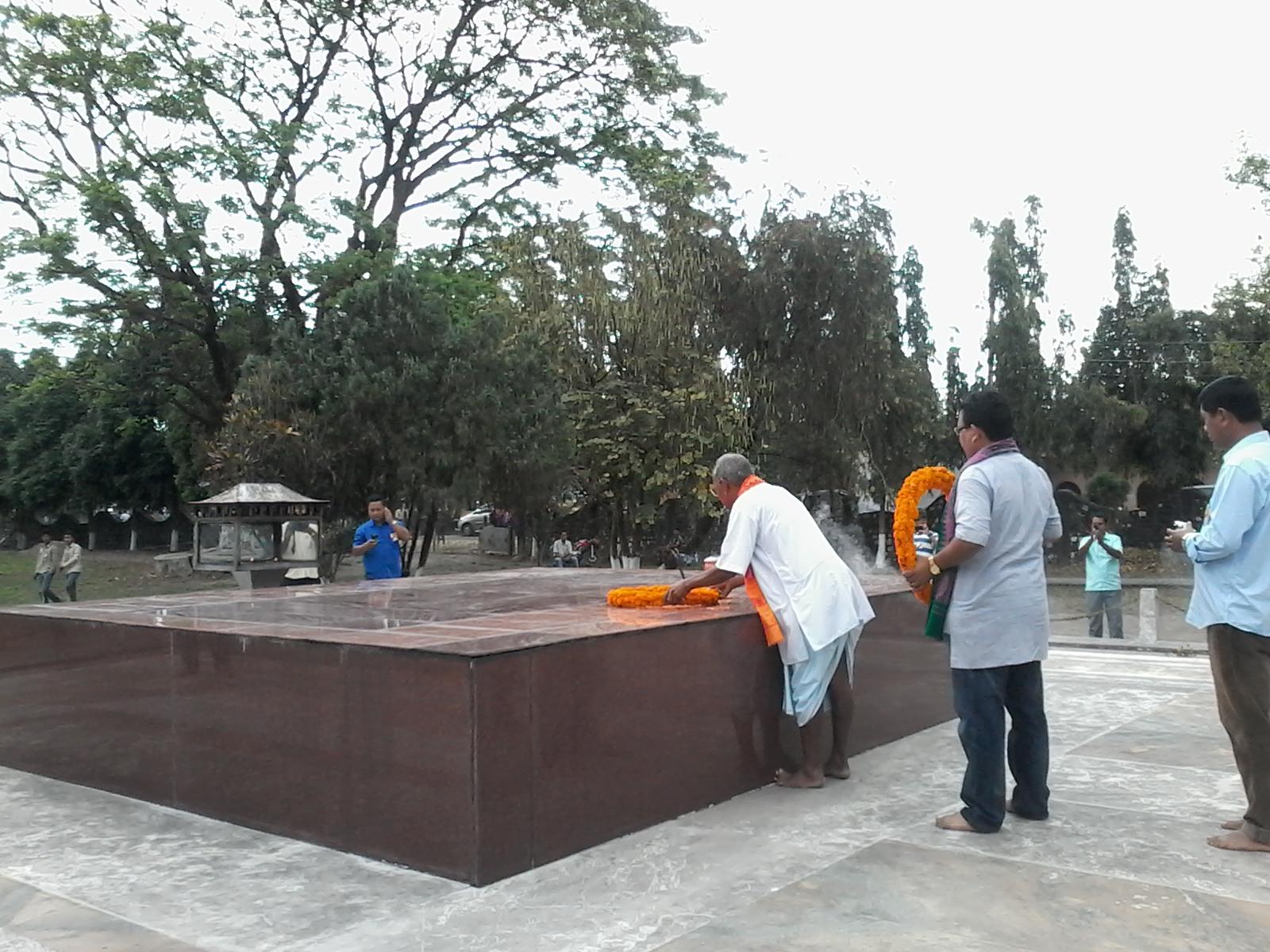 The All Bodo Students Union and UN BrahmaTrust (UNBT) remembered contribution of Bodofa Upendra Nath Brahma, former president of the students union on his 59th birth anniversary today at Tulungapuri, Dotma in Kokrajhar.

Promod Boro said that Bodofa was a great leader of Bodo and other downtrodden communities in the region . He said that the students union will keep alive if ideology and philosophy of Bodofa who had contributed lots towards building healthy of  integration among various communities. He said that students union has been organising his anniversary every year as Students Day on March 31 to mark his birth anniversary. He said Bodofa had dreamt a master race of Bodos in the world and worked for upliftment of the society till his last breath.

16 Aug 2010 - 11:45pm | Juthika Das
On the eve of 15 August, Barpeta anchalik AASU remembered the martyrs of Assam movement with the lightening of the lamp of 855 earthen lamps at Barpeta Panch-Ali Chowk on Sunday. After the 25 years...