Kamakhya temple premises atop the beautiful Nilachal Hills will get a fresh look. Courtesy Anil Ambani. The country’s industrialist told chief minister Tarun Gogoi on Sunday that he would begin the clean India campaign from the ancient temple very soon.

During his visit to the chief minister’s official residence Ambani told Gogoi that he would take care of the entire campaign.

He has further offered to pay the expenses of the staff and workers engaged in the work.

When requested, Ambani assured Gogoi of his support to set up a children’s museum in Assam. Tina Ambani would look after the entire project. 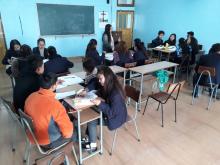