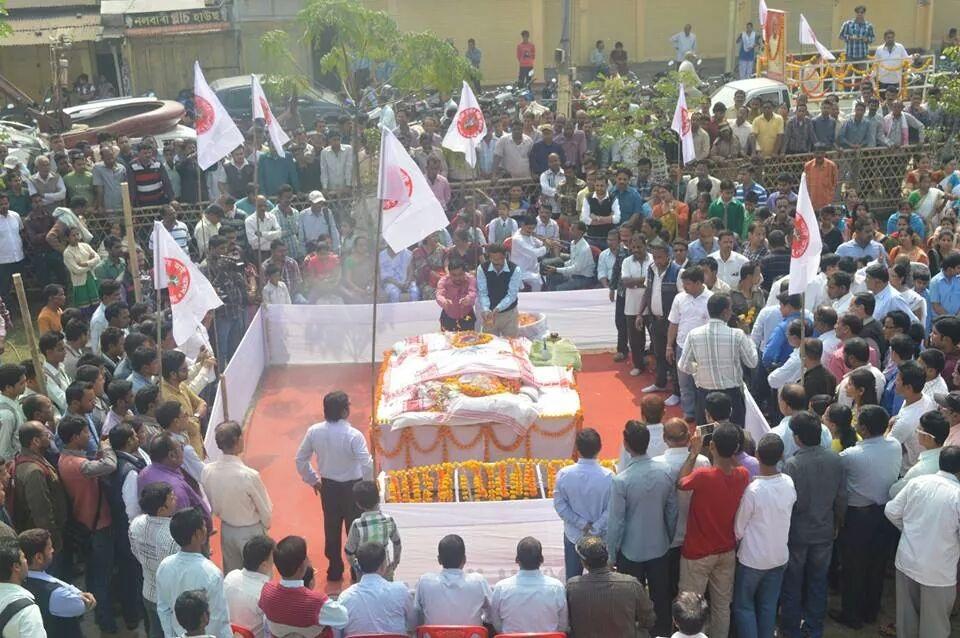 Thousands thronged to pay their last respect to the departed artist Adya Sarma at Nalbari Art School here today before the body of the noted artist was assigned to flames. Sarma, popularly known as ‘Guruji’, died here last evening at a private hospital. He was suffering from old-age ailments.

Born in 1929 at Makhibaha in Nalbari, Adya Sarma’s contributions to the field of art and culture brought him accolades from across the state. He was awarded the prestigious Bishnu Rabha Bota, the Asom Natya Sanmillan award, Bhaben Baruah award,Pranab Baruah Silpi Bota amongst others. A doyen of the theatre movement he was also the founder of Nalbari Art School.

All about “immigrant” on the floor!

26 Aug 2014 - 6:46pm | AT News
The world ‘immigrant’ created an uproar in the Assam Assembly forcing Speaker Pranab Kumar Gogoi to take prime minister’s name on Tuesday.The uproar on the floor took place during the question hour...

7 Apr 2008 - 3:15pm | editor
A powerful blast in Namrup has been averted when Army’s 44 Field Regiment jawans recovered a bomb in the wee hours on Monday. According to information, the bomb was stripped at a bicycle which...

23 May 2012 - 5:50pm | editor
Six persons were killed over 35 injured when to passenger buses collided head in Lakhimpur on Wednesday. The accident took place in the wee hours. According to police, a Silapothar bound bus collided...