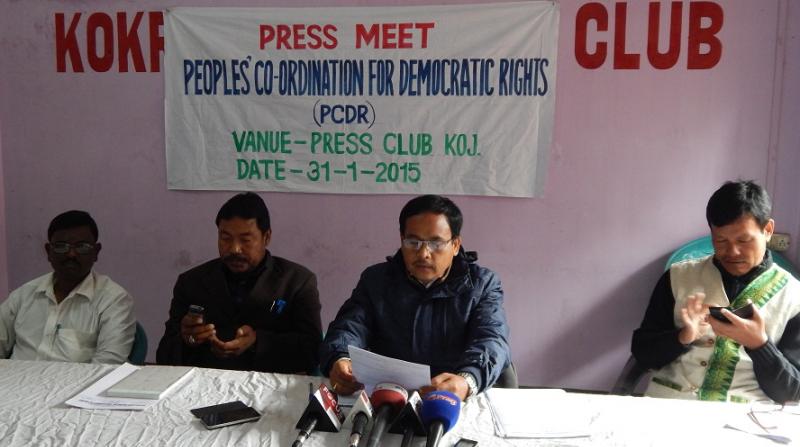 The Peoples’ Co-ordination for Democratic Rights (PCDR),a united organisation of various communities in the region has decided to put own candidate in all 40 seats of BTC coulcil elected slated to be held in last week of March next.

Rwngwra Narzary, chief co-ordinator of the PCDR while addressing the reporters today at Kokrajhar Press Club said that the right forum has unanimously decided to participate in the ensuing council election with a view to fulfill one of its important objectives of bringing political change in BTC among others in its meeting of the executive council held on Januray 27 last at Kajalgaon in Chirang.He said that the rights will get majority supports from all communities and able to make council in its own position.He has alleged that in its ten years ruled BPF has resulted to social stagnation and economic recession,the people of BTC region are ready for change and PVDR is the only the alternative to bring change in the council.

He also urged all sections of community to put aside ten years corrupt government of THE BPF in BTC and bring good governance through PCDR and save the society from socio-political instabiity.

He also appeals to all sections of people irrespective of caste and creed and like minded political or non-political organisations to join hand with PCDR to bringing good governance in the trouble torn BTAD area.The door of PCDR is always open for those who are willing to work wi the issue of PCDR,he added.

Rabiram Narzary,president of BPPF and BTC member also said that his party will participate in election under the banner of PCDR and expressed that PCDR will get majority supports in the council election.

Urkao Gwra Brahma,ex-MP said that PCDR will contest in all seats of the council election and door is always open for all like minded party and organisations. 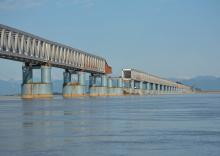 27 Jan 2013 - 10:31pm | AT News
Guwahati police claimed to have arrested a gang of notorious kidnappers I connection with the kidnap of a Guwahati-based hotelier’s son two months ago.Police on Saturday night arrested five persons...

13 Nov 2013 - 2:33pm | Raktim Baruah
Manipur Sangai Festival is ging to be held from November 21 to 30  with the theme of "Destination Manipur". The festival will showcase and promote art and culture, handloom, handicrafts &...