Two umbrella organizations both from Bodo and Adivasi community Bodo National Conference (BNC) and Adivasi National Convention Committee (ANCC) today visited the relief camps in Kokrajhar and Chirang districts today to take stock of the affairs of camp inmates and with a good will mission.

The visiting team visited and distributed materials among inmates at Pakriguri,Chirugotu,Balatonga,Joypur camps in Kokrajhar and Nangdarbari Gurubasha camp in Chirang district.

The BNC and ANCC jointly made an appeal all extends help to restore peace and normalcy and at the same time they urged the government to ensure safe and security to the innocent people besides providing logistic support in the relief camps.

Former Assam minister and MLA Chandan Brahma said the unwanted incident was created by the extremist group NDFB (S) but not by the Bodo community as a whole. He said both the communities are peace loving people and so the permanent peace must be re-established. He called upon all to stand united against the ghastly act of terrorist elements.

Birsing Munda, commander-in-chief of the Birsa Commando Force (BCF) said the Bodo and Adivasi community were old relationship, due were livelihood in the area of BTAD so we should maintain peace and harmony in the area. There is nothing to raise communal thinking among us. 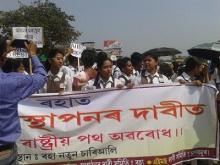 9 Mar 2016 - 4:10pm | Dibya J Borthakur
Vehicular traffic on Nagaon-Guwahati Highway was today blocked by a large number of residents of Raha and social activists belonging to different organizations and students' body including AASU,... 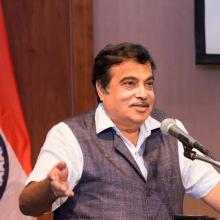