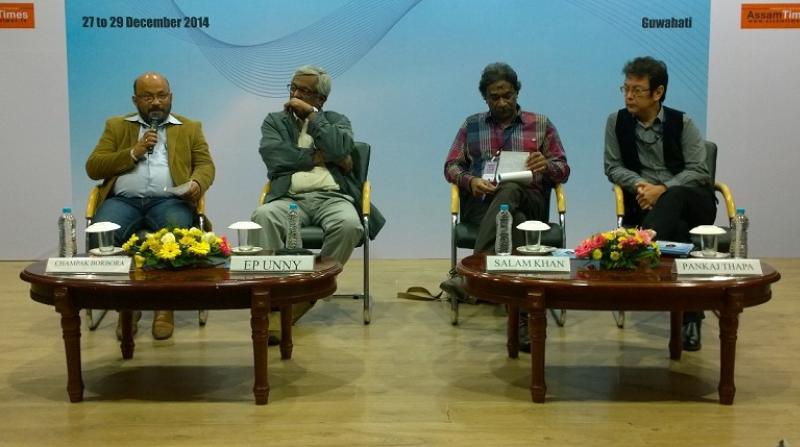 Cartoons are a craft that depicts the harshness of reality. This grim truth came up for a livelier discussion at a session on the second day of the Guwahati Lit Fest on Sunday.

23 Apr 2020 - 10:30pm | Shajid Khan
BAKSA: In a hair raising incident, two brothers were allegedly lynched by a mob of irate villagers in the victims residence in Athiabari village near Simaluguri in Lower Assam’s Baksa district 120...