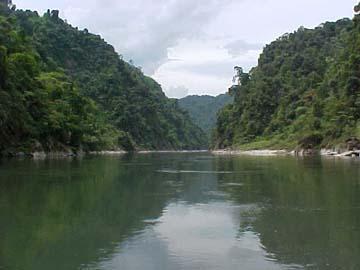 Despite repeated suggestions to halt the mega dam work by north east dam experts, NHPC and the Centre have categorically allayed the fear of downstream disaster of the controversial dam at Gerukamukh. Yet another expert panel is studying the entire issue of downstream impact of the NHPC-owned power project. That is what it in the case of Assam.

But the Centre itself has held hydropower projects responsible for the Uttarakhand disaster last year that left hundreds dead and thousand displaced. The situation aggravated in the upstream and downstream areas of the projects.  The Centre admitted it in the recent affidavits of the MoFE before the Supreme Court on Monday.

This has forced the Centre to stall 24 of the 39 proposed projects in the state on the sub-basins of the Alaknanda and Bhagirathi rivers.

According to the MoEF said that construction of the projects overburdened the local ecology. This has resulted in the irreversible damage to the environment in terms of loss of forests, degraded water quality, and an enhanced impact of landslides.

It suggests the impending downstream disaster of the Gerukamukh mega dams in Lakhimpur and Dhemaji districts. Will power minister Piyush Goel and the NHPC go through the affidavits before resuming the mega dam works in Gerukamukh? If NHPC is allowed to resume works, will they own up responsiblity for the impending danger in the downstream areas?

Anti-dam protesters have been crying the fear of disaster for the last three years. But NHPC and the Centre have been trying to ignore the voice of protest against and again. A circle of experts hired by NHPC has been supporting the mega dams in the name of power generation. But some others have been dead opposed to it. Need of the hour is to give a second thought to it. People in this seismic prone region don’t want yet another trail of devastation. 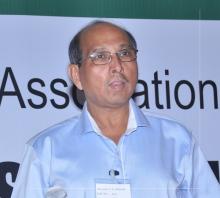 Over 50 injured in Tezpur group clash

10 Mar 2012 - 3:28am | editor
Tension prevails in Tezpur when fifty people have been injured in a group clash on Friday.The took place at around 4 in the evening when a group of youths clashed with some local residents at...

Will firmly deal with terrorism: CM

16 Aug 2014 - 10:54pm | AT News
Chief Minister Tarun Gogoi said that his government will firmly deal with the scourge of terrorism and violence in any form. After administering oath to state government employees on the occasion of...