Police have arrested three hardcore NDFB caders and recovered a huge cache of arms and ammunitions during an operation in the city's Beltola area on Monday. According to information, acting on a tip off, conducted a raid in the area in Beltola and arrested three Bodo rebels namely Mark Narzary, Ajit Bodo, Binod Basumatary. Police further recovered three pen pistols, five 5.56 pistols, 2 M-20 pistol, 13 magazines with six rounds of ammunitions from their possession. Later these rebels have been handed over to the Police station for more investigation. It is for the first time police recovered pen pistol in the city. 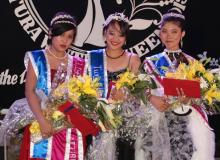