The Assamese people in Meghalaya are fully safe and secured. This was more or less of what the various student bodies said to clear the confusion of simmering tension. NESO chairman Samuel Jyrwa told reporters that there was no communal tension. He told reporters in Shillong on Tuesday that only a section media in Assam has been spreading the rumour that the people of Assam have been asked to quit. “The rumours are a handiwork of a satellite news channels based in Guwahati,” he said after holding a meeting with several other organisations from Assam and Meghalaya. He said that several migrant labourers at the construction sites of IIM and NIFT in New Shillong Township were sent to Assam after they failed to prove their identities and having no work permits. Shillong Socio Cultural Assam Students’ Association (SSCASA) general secretary Krishna Kant Borah blamed trouble mongers for spreading rumours, creating panic among students. The Meghalaya government also said there was no danger to people from Assam residing in the neighbouring mountainous state and warned miscreants against spreading rumours about their safety. 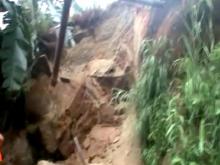 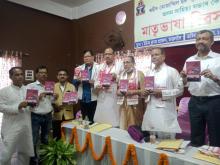