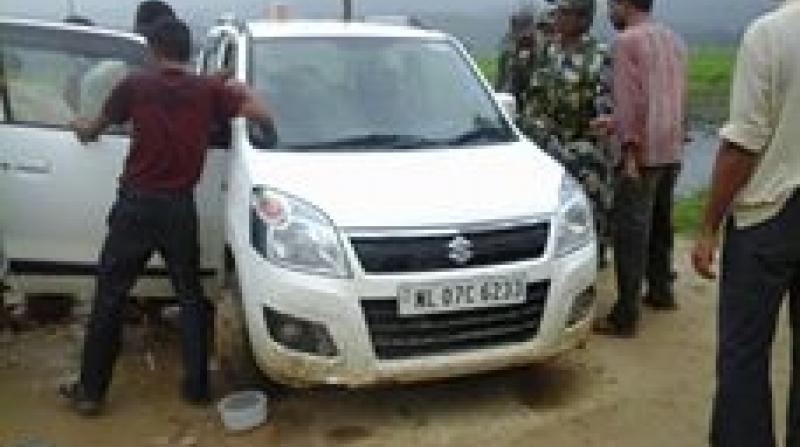 BJP workers in Uriamghat seized a vehicle belonging to a top NSCN-IM militant in full view of a CRPF patrolling party on Thursday.

The Maruti WagneR bearing No NL 07C 6233 was seized by a group of BJP workers from Chetiagaon at around 2 in the afternoon.

Talking to Assam Times, a BJP worker who took the lead to intercept the vehicle said that they came to see the car plying in the troubled –hit area at noon and that as they moved towards the vehicle, three persons managed to escape leaving the car on the road.

Some arms have been recovered from the vehicle in question which was later handed over to police. Investigation is going on.

10 Mar 2016 - 10:07pm | Shajid Khan
With just a couple of days left for the upcoming assembly elections in Assam, the ticket aspirants of Congress, BJP have started campaigning by pasting banners, hoardings and by organizing meetings...

7 Dec 2008 - 6:15am | editor
A devastating fire that broke out in Guwahati’s Machkhowa area on Sunday evening has reduced over 100 houses to ashes with properties worth lakhs of rupees burnt to black coal. The incident...