Five people were feared dead when the camp in which they lived in collapsed in landside in Cachar district bordering Manipur.

The incident took place in a remote area of Kantum under Lakhipur on Monday. Three bodies were exhumed on Wednesday. Two other bodies have yet to be recovered,

Local villagers told Assam Times that the five persons on Sunday had gone to the forest and set up a temporary camp. Incessant rainfall triggered the landslide on Monday night overrunning their camp and buried them there.

The next day the local people began the rescue work but they could recover only three bodies on Wednesday.

The three recovered bodies have been identified as Ganesh Chetri of Dalu Tea garden, Kartick Bauri of Binnakandi and Sonu Chetri of Bhubandhar.

The missing persons are Bijan Bauri of Bhubandhar and Sukumar Bhakta of Dilkhoosh. 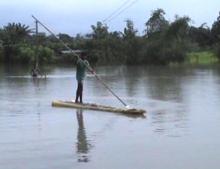 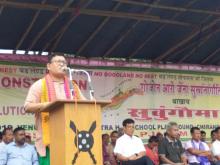