The probe into the Saradha scam seems to have taken a crucial turn when the Enforcement Directorate on Wednesday attached of properties worth Rs 5.40 crore based in Assam and Tripura under the money laundering laws.

ED is further preparing to free in Assam under the provisions of the Prevention of Money Laundering Act (PMLA).

The attached assets include a resort and a pricey land in Guwahati, a plot in Dhubri and a biogas plant in Tripura, officials said adding all these assets were allegedly purchased by scam kingpin and Saradha Chairman Sudipta Sen using tainted money.

The ED has so far attached a total of about Rs 146 crore worth of assets so far in the case. The charge sheet is expected by next month. The agency resgistered separate FIRs to probe the scam in Assam.

3 Mar 2012 - 10:06pm | editor
Two persons sustained bullet injury at a sensational incident of robbery in Jorhat on Saturday. The incident took place at around 1PM at the Chinamora Level Crossing near the town when two armed... 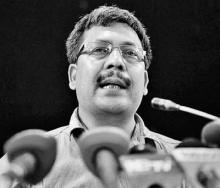 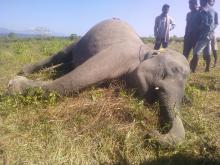 4 Nov 2017 - 11:31am | Shajid Khan
Yet another wild elephant is believed to have died of food poisoning in Udalguri district sending shock and anger among the animal lovers across the state. A female elephant of around 9-10 year old...