The All Assam Students’ Union on Monday has threatened to launch a massive agitation across the state if the Centre allows resumption of big dam construction.

At the end of the day long satyagraha in protest against the move to the Modi government, the students’ body strongly criticized the Centre alleging its double standard role on the big dam construction in Arunachal Pradesh.

They made it plain and simple that they won’t halt if the Centre is averse to listen to the voice of protest.

Earlier in the morning, the student body leaders and activists thronged in the district and sub divisional headquarters and started staging dharna asking the Centre to stop the construction of the NHPC dams at Gerukamukh fearing that it would result in disaster in the downstream areas in Lakhimpur and Dhemaji district.
/ 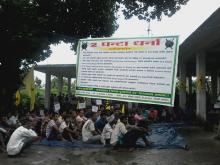 20 May 2010 - 12:16pm | sankal
Terming the Langpi incident as "unfortunate" the Assam Government has appealed Meghalya for mutual co-operation and stressed the need to adopt give... 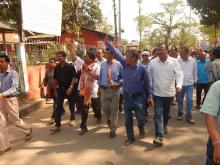