Assam tea is all set to make inroads in the markets of Pyramid land - Egypt. Assam tea producers are considering Egypt as the latest destination for Assam tea.
Delegations of tea planters from the state recently back from Egypt and Israel have stated that Egypt has huge potential for the export of Assam tea. Egypt is presently importing its maximum tea from Kenya, which incidentally is the world’s largest tea producer.

Of the 75 million kilogram which the total market area of tea in Egypt, 90 percent is supplied by Kenya and Indian tea including Assam tea supplies about 2.7 million kilograms (2006) of tea.

The political unrest in Kenya may become beneficial to Assam if it takes advantage of the political crisis and presents itself as a stable and trustworthy tea importer.
Bidyananda Barkakoty, vice chairman, North Eastern Tea Association stated that Assam’s CTC tea has a good market in Egypt as the importers there are aware of the qualities of Assam tea.

He also stated that the duty reduction from 30 percent to 2 percent is another favorable factor for promoting Assam tea. However, Israel on the other hand is not a substantial tea consumer moreover the people are not very aware of Assam tea there.

The Geographical Indication (GI) registration of Assam tea would also prove beneficial to the tea export from Assam. Assam produces about 90 percent of CTC tea and the production of orthodox tea which has a huge demand in European countries, is a mere 7 percent.

Permalink Submitted by jaay on Thu, 06/03/2008 - 18:57
Food habits are very peculiar and people are sensitive what they eat and where it comes from. Let me share some experience which is not only strange but such an irony that sometimes I wonder whatÃ¢â‚¬â„¢s happening out here. Out here in North America, the impression is that Indian food is too spicy and you can feel the fragrance coming out of your clothes, if you have prepared it. So Indians cook their food with closed doors (It is TRUE!!!!) so that GORAS donÃ¢â‚¬â„¢t smell it. Now cut this and visit any Indian restaurant here and you will find GORAS eating the same food with all the spices and with such passion that it puts one to shame. Both are true, they like it but will not accept the fact simply because itÃ¢â‚¬â„¢s not from their own land. Same goes for TEA, let me share something with you, any business person in EGYPT will know what Assam tea is because when it comes to saving MONEY, and if it is only TEA, they will not mind buying from Assam if it is of same quality and less in price. Now donÃ¢â‚¬â„¢t call me a racist, but Egypt is a Muslim country and so is Kenya, another factor. I would like the writer to probe this a bit further, get the statistics that these NETA people have gathered on their visit to Egypt vis-ÃƒÂ -vis export promotion of tea. If simply coming back and telling us that Egypt gets 90% of tea from Kenya was the objective, then probably we can leave this issue here but if they have developed some plans to penetrate the Egyptian market, then their trip was something which we can think of being fruitful, else it was another Honeymoon for Old guys on Public money.

21 Mar 2014 - 1:58pm | AT News
Tension is escalating in Karbi Anglong when suspected miscreants from Nagaland unleashed a reign of terror at a village on Friday.The incident took place when a group armed Naga youths arrived in... 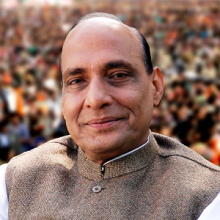