15 Mar 2015 - 8:39am | AT News
BJP has announced its first list of candidates for ten constituencies for the ensuing election to the Bodoland Territorial Council scheduled for April first week.BJP Assam state general secretary... 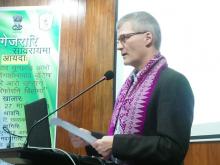