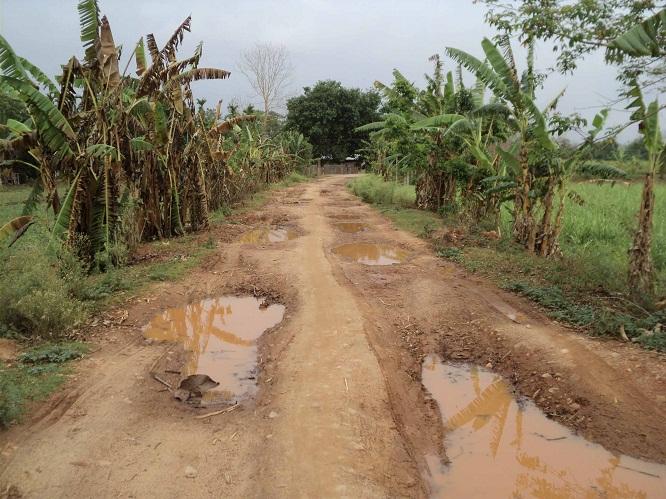 This road which connects Kheroni to Lamshakhanj under the Baithalangso sub division in West Karbi Anglong was constructed under the Pradhan Mantri Gram Sadak Yojna (PMGSY) scheme. Unfortunately, several small ponds dot the road now posing severe inconvenience to the commuters. Apparently no repairments were carried out after the road was constructed. The government must initiate expeditious actions to ensure timely maintenance and repairements since it is an important link road to the adjoining areas.

29 Jun 2014 - 10:36pm | Hantigiri Narzary
Police apprehended a hardcore cadre of NDFB(Songbijit faction) this evening from Haltugaon Balajan under Kokrajhar police station in Kokrajhar. The cadres has been identified as Swmkhwr Basumatary....