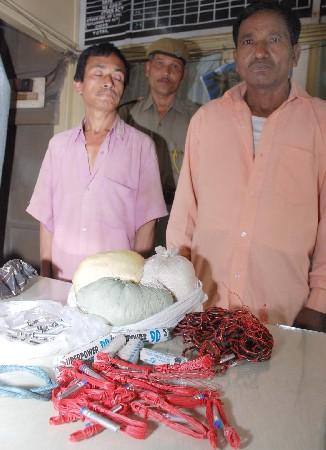 The police suspect that both the people have help ULFA. The police have some inputs that ULFA cadre Champak Sarma, who was recent arrested from the city received explosive materials from him.

7 Jun 2017 - 8:46pm | AT Kokrajhar Bureau
Even though five-day passed of abduction of Tea Estate manager of Amjonga Tea Estate of Goalpara district,Nabin Chandra Joshi,who hailed from Jharkhand,yet to be rescued Joshi as police...

8 Apr 2011 - 2:07pm | Juthika Das
As the 13th Assam Assembly Election is nearing, all the political parties have been migrated the high profile leaders to the remote areas made the election scenario of Barpeta also warm.The wave of...