Security forces seem to have intensified counter offensive against NDFB-S in Sonitpur district where the Bodo insurgent outfit has been unleashing terror in the form of extortion, kidnapping and killing.

Sonitpur police on Wednesday claimed to have killed the dreaded NDFB-S militants in the insurgency infested district.

The encounter took place from midnight during a combing operation in the Naomara area where the militants were believed to have died on the spot. The heavy exchange of firing lasted for nearly 5 hours till the mornning. 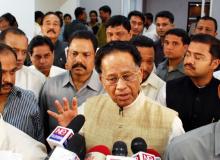 26 Aug 2015 - 10:40am | AT News
Delhi police busted a major sex racket after recovering three minor girls on Wednesday. Acting on some disturbing inputs, a police team conducted a raid at a room in Narayan area where the three...