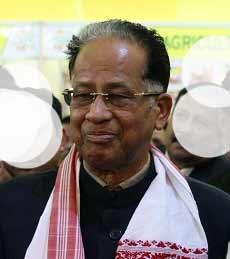 Chief Minister Tarun Gogoi on Saturday said that if Narendra Modi forms the government at the Centre, then the agenda would be the Ram Temple and no the  development.

Addressing a press conference in Guwahati, Gogoi said the Modi’s allegations leveled against him 24 hours before the third and final phase of Lok sabha polls are baseless and politically motivated.

7 Mar 2008 - 4:04pm | editor
A good number of Community Information Centre employees have staged dharna at Dispur Last Gate on Friday to press the demand for regularizing their jobs and also opposing the proposal to amalgamate...

21 Mar 2012 - 2:40pm | editor
Police have arrested a self styled 'sergeant major' of Peoples Revolutionary Party of Kangleipak in Guwahati on Tuesday. The militant was picked up from Dighalipukhuri area in the city following...