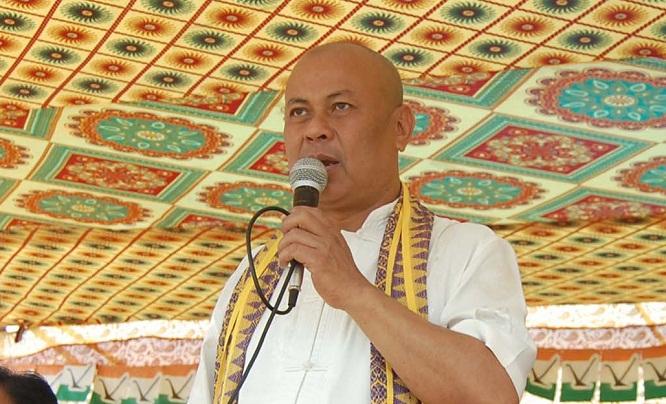 Mohilary while coming to his vote at Debargaon HS School polling station this morning at around 9.30 am along with family members said that BPF candidate Chandan Brahma will win the election in huge votes. He claiming that election was passed off peaceful in the district where peoples from irrespective of caste and communities come out to vote in free and fair manner which started from 7 am.

Bwiswmuthiary has claimed that he will get majority vote and his winning is cleared. He said that he will stress more development for the common publics in the constituency.

24 Feb 2014 - 8:53am | AT News
Curfew has been relaxed in Borgang and Bedeti areas in Sonitpur district for 12 hours in view of the ongoing HSLC and HS examinations on Monday.According to the district administration, the situation...

12 Jul 2007 - 11:00am | editor
Guwahati: There are 32 Foreigners’ Tribunals in the State and they have managed to detect only 54 illegal Bangladeshis nationals while disposing of 545 cases in the past five months. And all...

18 Dec 2014 - 10:30pm | AT News
BJP and Congress traded charges and counter charges in the Assam Assembly over the move to stop ration in the tea gardens. Speaker Pranab Gogoi feared bad days of law and situation if the ration is...