Probe into outpost shoot out

The Tinsukia district administration has ordered a magisterial probe into the shoot out inside the Guijan police outpost where a youth Kartik Das was killed on Wednesday wee hours.

Apart from this, a departmental probe would be initiated against Thaneswar Phukan who shot dead the youth Congress leader. 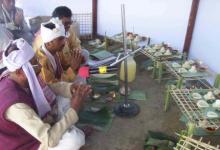 31 Jan 2008 - 6:52am | editor
Assam observes Me-dam-me-fi on Thursday to offer puja the Ahom ancestors with much religious fervour. Several functions are being organised to mark the occasion across the state. In Guwahati, people...

Devastating fire in the city

16 Feb 2009 - 7:59pm | editor
More than 75 houses were left ravaged as a devastating fire broke out at the Paltanbazar based police reserve in Guwahati on Monday morning.According to information, the incident took place at around...