Defying a sunny weather, thousands of people are gatheringin Gogamukh to attend the Narendra Modi’s rally to campaign for Lakhimpur party candidate Sarbananda Sonowal on Monday.

From early in the morning BJP workers and supporters in large number started arriving in the rally venue where the prime ministerial candidate is scheduled to attend the rally at 12-30 in the afternoon.

The candidate who is also state unit president Sarbananda Sonowal along with all senior leaders will also attend the rally. Lok Sabha polls in this constituency will take place on April 7 along with Jorhat, Dibrugah, Lakhimpur and Koliabor.

26 Aug 2010 - 3:48am | editor
Former bureaucrat from Assam Harishankar Brahma has been appointed as the new Election Commissioner. He was appointed after the elevation of S.Y. Quraishi as the commission's head. A1975 batch IAS... 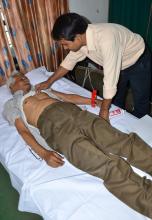 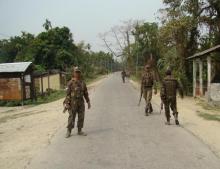 15 Mar 2008 - 4:04am | editor
A 12-hour BTAD bandh call by the Rabiram faction of the BPPF is paralyzing the normal life in the BTAD area onSaturday. All markets, shops, offices, educational institutions and banks are remaining...