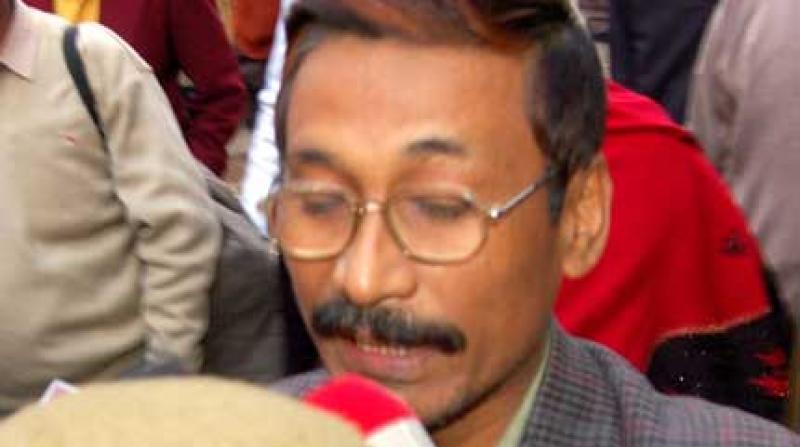 The police could not produce the arrested PCG member and MASS leader Lachit Bordoloi before the court as he has been rushed to the Guwahati Medical College Hospital following his ailment police on Tuesday failed to produce him before the Kamrup district judicial magistrate. The peace broker and human rights leader Lachit Bordoloi has been rushed to the Guwahati Medical College Hospital on Monday following complains of Melina, spondelities and piles. He was arrested by police on 11th of February charging with a bid to hijack an Indian Airlines plane with ULFA on the basis of the confessional statement of an arrested ULFA cadre Manoj Tamuly.

25 Jun 2014 - 10:01am | AT News
Parts of the upper Assam districts have come under flood after the waterlevels of the Brahmaputra and its tributeries rose following the incessant rains that lashed the catchment areas during the...

6 Jun 2016 - 7:43pm | AT Kokrajhar Bureau
Security forces apprehended a linkman of NDFB-S militant outfit at Singimari under Gossaigaon PS in Kokrajhar district today. The arrested was identified as Janak Brahma, linkman of NDFB-S,was...