An uneasy situation is prevailing in Goalpara following a group clash that left one person killed and several others injured on Monday.

The incident took place at Potharkuwa when a group of miscreants sprang upon section of people when they were taking out a procession during holi celebration in the afternoon.

Police arrived in the spot and resorted to firing to disperse the mob. Later more policemen were rushed to the spot and the situation was brought under control.

25 Mar 2020 - 10:00pm | AT News
New Delhi: The Delhi police have arrested a 40-year-old man a week after he spat on a girl from Manipur and called her Corona triggering no less acrimony among the north eastern people.... 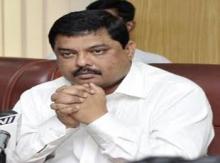