Normal life continues to remain disrupted in some parts of the state for the third consecutive day on Saturday following the AKRSU-sponsored Assam Bandh raising separate Kamatapur demand.

The bandh is response in the Koch Rajbanshi dominated areas in Barpeta, Kokrajhar, Morigaon and Darrang districts.

A section of supporters have been enforcing the bandh by burning tyres on the roads.

Roads in these pockets remained deserted, schools and colleges, shops and markets remained closed under the impact of the bandh that came into force from early in the morning on Thursday.

The bandh ends on Saturday evening. 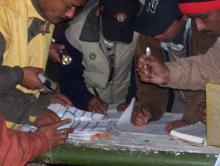